The 7th edition of APA style has arrived!

In the Fall of 2019, the American Psychological Association released the 7th edition of its popular citation format, often referred to as “APA style.” This format is commonly used in science and research based courses and is one of the most popular citation styles available on EasyBib.com!

At EasyBib, we are working on making updates to our citation style offerings to make APA 7 available. In the meantime, you’re probably wondering what’s new in this edition. Read on for details on some of the most important changes made to APA format: 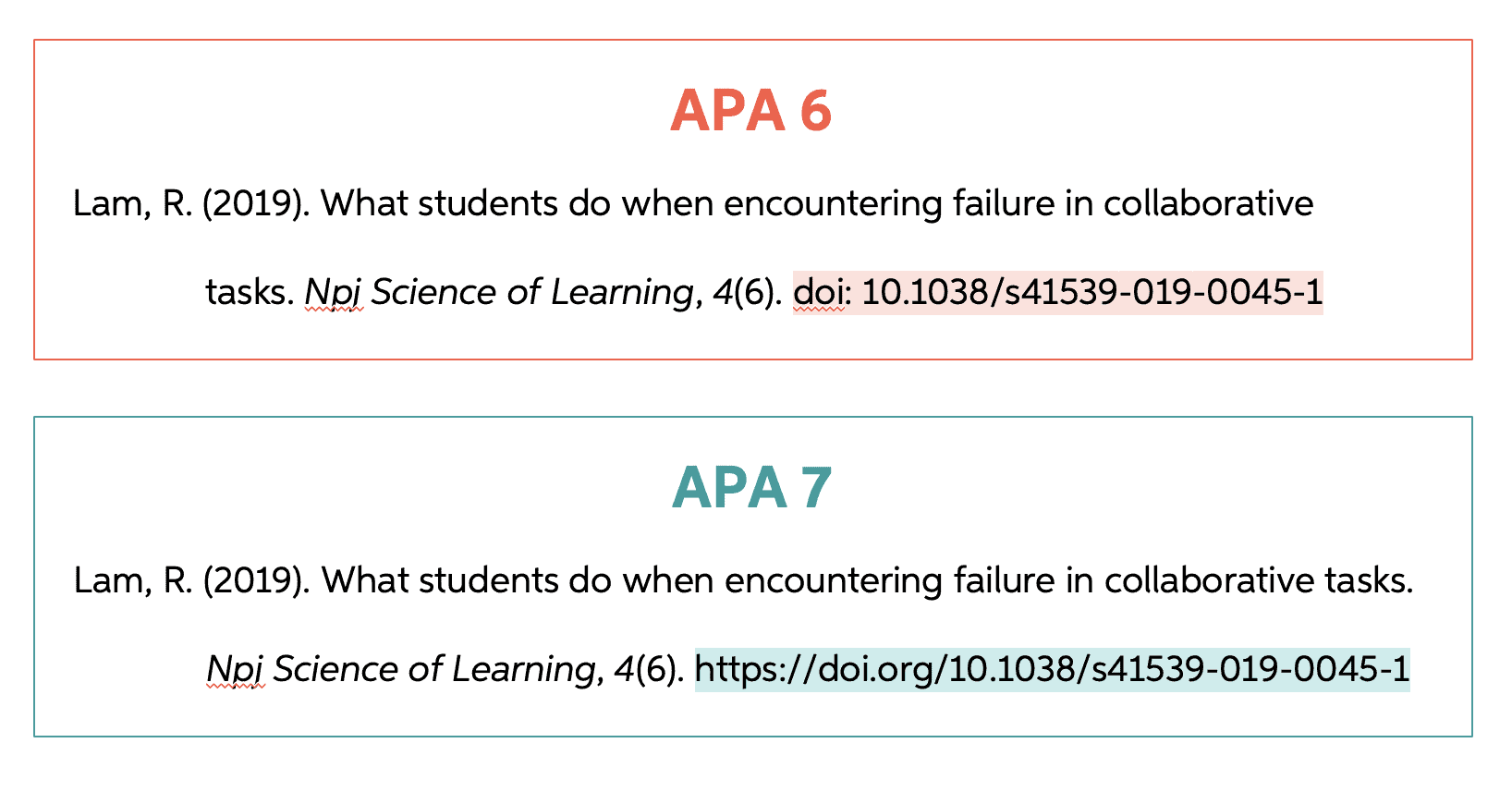 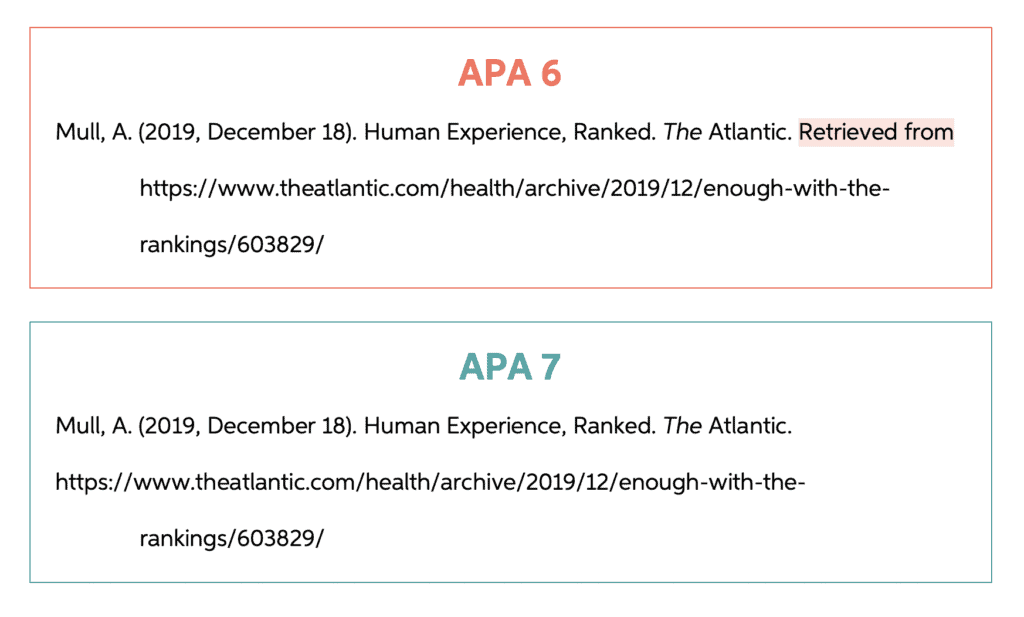 For more information of what has been updated in the 7th edition, check out the official announcement from the American Psychological Association here.

Find EasyBib resources on more than just APA! Grab a plagiarism and grammar check, read up on what is MLA format, learn about irregular verbs, and more at EasyBib.com.

What is the major difference between APA7 and APA6?

The major differences between APA7 and APA6 are found in in-text citations and the reference list. A few differences are listed below.

For example, here’s what the in-text citation for a source with 4 authors in APA6 and APA7 styles would look like:

APA6 includes all author names for sources having up to 7 authors, whereas the count is 20 for APA7. If the number of authors is more than 7, APA6 lists the names of the first six authors and then the last author’s name (with an ellipsis separating the sixth author from the last author). APA7 has extended the count of authors to 19 before introducing an ellipsis.

APA6 includes the location of the publisher in book-type references. This is no longer required for APA7.

APA6 includes a DOI label before the DOI number, whereas APA7 lists DOIs the same way as URLs (beginning with “https://”).

APA6 uses the phrase “Retrieved from” before the URL in website citations, but APA7 drops the phrase.

There is no restriction in using APA 6 or APA 7. If you want to learn from the manual, then APA 7 is ideal, as many updates have been made in the seventh edition. A few relaxations from the previous edition (APA 6) have been provided to make your work simpler. Additional examples for different elements are included in APA 7 to enhance your familiarity.

However, if you want to cite references in your paper, you can choose any of these editions. As APA 7 was introduced in October 2019, it would be good to use the latest version to keep you updated. The following are new changes or updates made in the seventh edition of the APA manual:

Different types of papers and best practices are given in detail in Chapter 1.

How to format a student title page is explained in Chapter 2. Examples of a professional paper and a student paper are included.

An update on writing style is included in Chapter 4.

In chapter 5, some best practices for writing with bias-free language are included.

Chapter 6 gives some updates on style elements including using a single space after a period, including a citation with an abbreviation, the treatment of numbers in abstracts, treatment for different types of lists, and the formatting of gene and protein names.

In Chapter 7, additional examples are given for tables and figures for different types of publications.

In Chapter 8, how to format quotations and how to paraphrase text are covered with additional examples. A simplified version of in-text citations is clearly illustrated.

Chapter 9 has many updates: listing all author names up to 20 authors, standardizing DOIs and URLs, and the formatting of an annotated bibliography.

Chapter 10 includes many examples with templates for all reference types. New rules covering the inclusion of the issue number for journals and the omission of publisher location from book references are provided. Explanations of how to cite YouTube videos, power point slides, and TED talks are included.

Chapter 12 provides advice for authors on how to promote their papers.