If you’ve been wondering how to produce a research paper that is strong in both formatting and writing, you’ve come to the right place.

Check out our first sample paper below. It is a helpful and clearly labeled visual aid to refer to. Note that while these sample papers do not include MLA abstracts, you should check with your instructor to see if an abstract should be included.

The example research paper below is one that was written in college for a course on the Inklings. The Inklings were a group of writers in England before WWII, including C.S. Lewis and J.R.R. Tolkien.

The abbreviated MLA paper below (linked here without annotations) is about J.R.R. Tolkien’s Lord of the Rings and how the author used myth, story, and song to link all of his works together. Tolkien is famous for creating a fantasy universe called Middle-earth, which readers can’t truly understand until they read all of the books about Middle-earth (The Silmarillian, The Hobbit, and The Lord of the Rings).

Since we’re here to learn how to format an essay, we’ve pointed out some important things about the paper to help you write a correctly formatted essay.

For starters, the essay is in MLA format. That means it follows the style manual of the Modern Language Association, which tells you how to format the paper itself and every source you cite. You’ll also see notes like how long a paragraph should be, how to use commas properly, and how to correctly punctuate a title. Some of these guidelines are different from those in APA format, so be sure to confirm you are using the correct style in your paper.

Pay special attention to the MLA format works cited. We only used one type of source (books), but both citations are correct according to the 9th edition of MLA, published in 2021. When you’re writing your own paper, you need to make sure you always use the most recent edition of the style manual. You’ll also want to check with your instructor to see if you need to include an MLA annotated bibliography with your paper, which contains additional information summarizing and evaluating each source after the regular citation.

Whether you need MLA, APA citations, or Chicago style notes, look up the latest edition before turning in a paper. 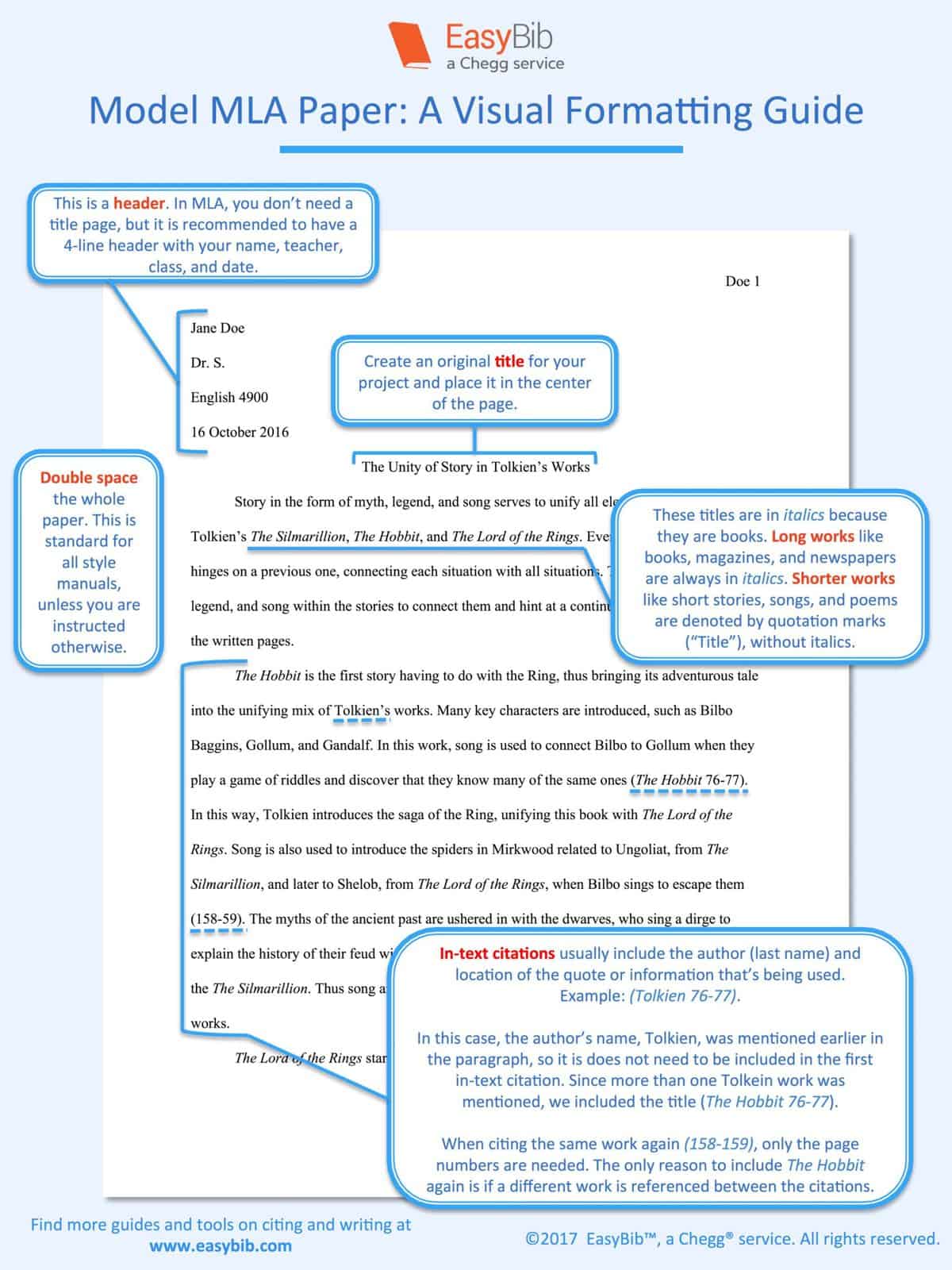 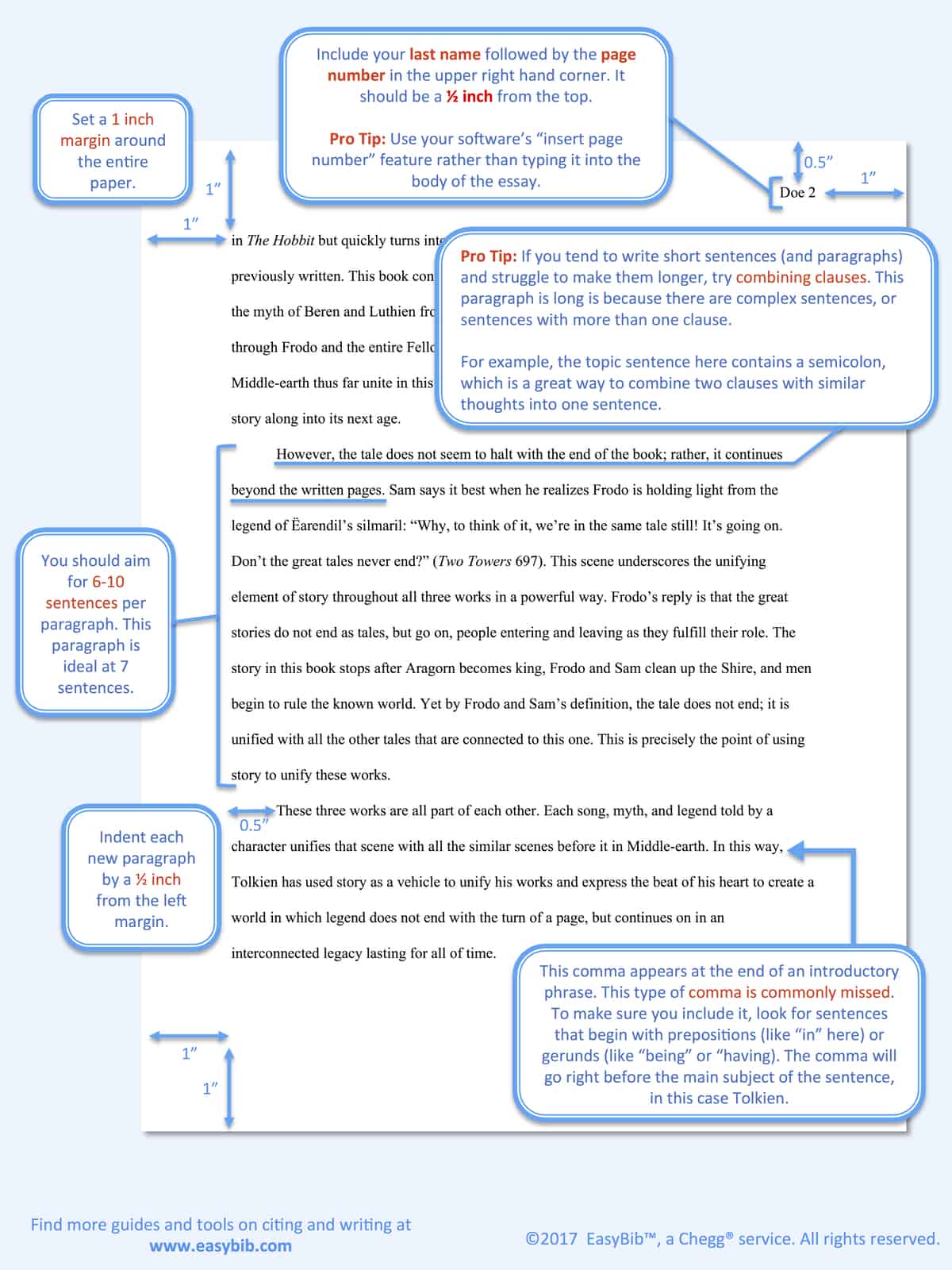 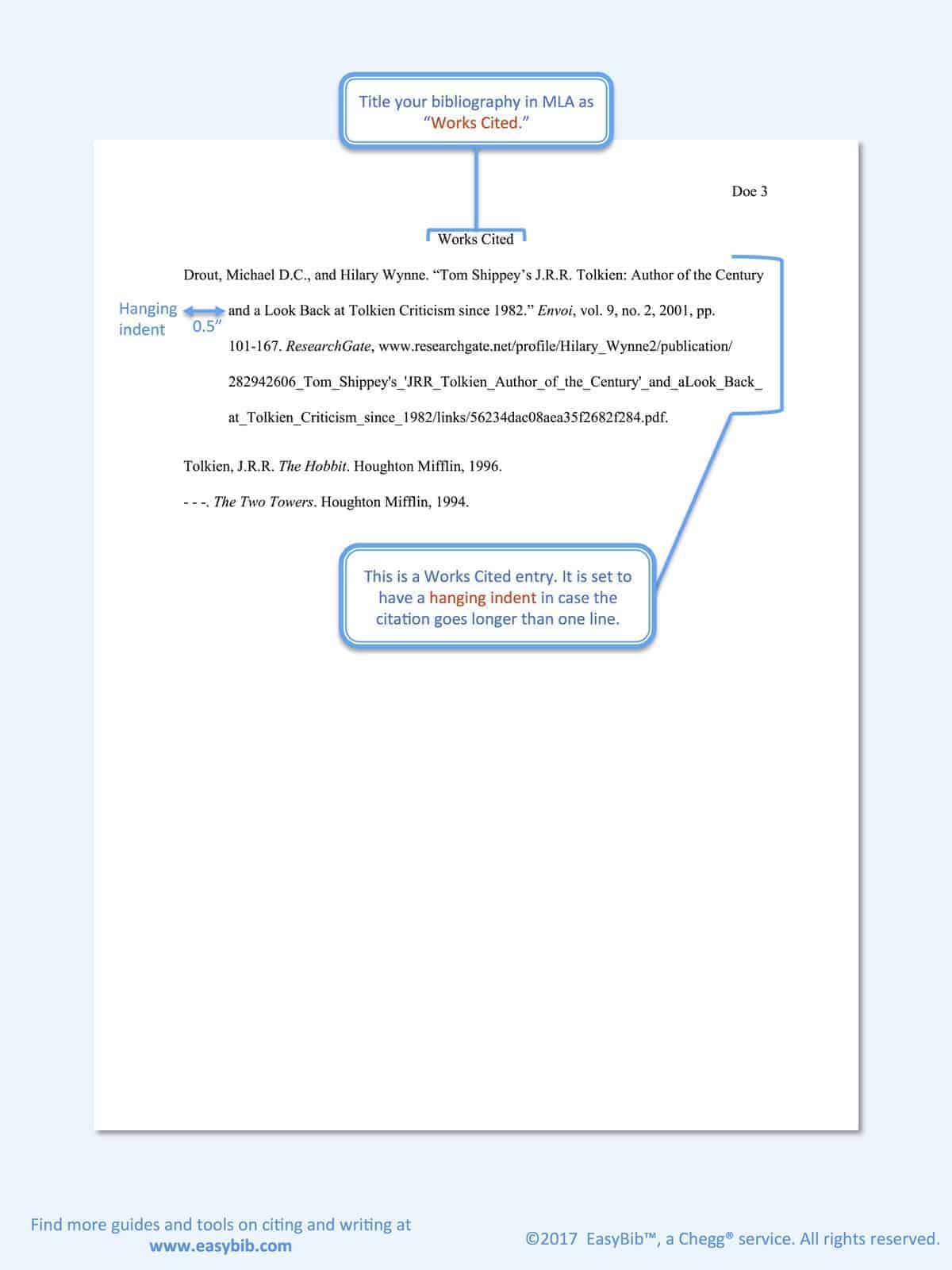 The MLA header should be one inch from the top and left margins. The heading and the entire paper should be double spaced.

Privatization of Prisons in Texas

The privatization of governmental services has increased dramatically in the past decade as local, state, and federal agencies have searched for ways to cut costs while still meeting their mandated responsibility to provide various public services. This privatizing trend has particularly affected the criminal justice system. Since the early 1990s, privatized correctional facilities have increased significantly, nationally and statewide. This policy has far-ranging consequences not only within the criminal justice system, but as an instructive example for government officials when considering the costs and benefits of privatization as a public policy option. By 2001, thirty states, the District of Columbia, and Puerto Rico had privately-operated correctional facilities (Austin and Coventry 4). This movement has incited considerable debate and controversy, mainly because prison privatization calls for giving the private sector direct control over the lives of a captive human population.

Surprisingly, there has been little objective and concrete analysis of the privatization of prisons in the United States. This is probably for two reasons: first, ideological arguments on the matter have pushed out substantive research, and second, because this trend has only recently accelerated in the U.S. and mainly on a state level. However, case studies and statistics at the state level are more accessible. With capacity for over 30,000 prisoners in 43 facilities, the state of Texas has privatized more of its prison system than any state in the nation (McDonald and Patten Jr. iv).

Public policy concerning the criminal justice system has become more daunting and important in the last decade. The problems in the system are twofold: an overcrowding prison population, mainly due to “three strikes” legislation and reducing early parole; and the costs of operating prisons with this growing population (Austin and Coventry). According to the most recent U.S. Department of Justice survey, slightly over 2.2 million people were incarcerated in correctional facilities in this country in 2003. In comparison, in 1993, 1.37 million people were imprisoned in this country (Beck and Harrison 1).

At the same time, the growth of privately operated correctional facilities has increased significantly in this country. Private prisons now hold 95,522 inmates in this country, which is 6.5 percent of total prisoners (Beck and Harrison 5). In Texas, 16,570 inmates (10 percent of its prison population) are held in private facilities, about 10,000 more than the next highest state. Furthermore, six states had at least 25 percent of their prison population housed in private prisons, led by New Mexico (44%), Alaska (31%), and Montana (29%). These current statistics show that while state governments have been forced to manage and operate overcrowded and over-capacity prisons at considerable costs, many have turned to the private sector to operate prisons (McDonald and Patten Jr.). According to the General Accounting Office, prison operating costs have grown steadily since 1980, increasing almost 550 percent since 1980 based on inflation-adjusted dollars (Austin and Coventry 1).

Prison privatization started in the early 1980s, ostensibly to ease the burden on taxpayers by offering financial relief to private companies to run state prisons. Thomas Beasley founded Corrections Corporation of America in 1983, “the nation’s leader in the construction and management of private prisons” (Darling). That year, Corrections Corporation of America set up the first privately-operated prison in Tennessee. Since then, the number of private

correctional facility firms has grown to 14 (Austin and Coventry 3). The privatization of prisons occurs in two ways. First, state government can contract out (or outsource) specific services in a correctional facility to a private company after a bidding process. Second, and more radically, private companies build their own privately-managed prisons and contract with state governments to house their inmates. This latter approach, giving private correctional facility firms wide latitude over inmates, is taken in the Texas criminal justice system. In fact, many of these privately operated facilities “have no relationship at all with the state governments in these states, other than an obligation to pay corporate income taxes” (McDonald and Patten Jr. v).

(Due to its length, the remainder of this sample paper is omitted).

What is an example of an MLA in-text citation?

Citations in prose are incorporated into the text and act as a part of the sentence. Usually, citations in prose use the author’s full name when cited the first time in the text. Thereafter, only the surname is used. Avoid including the middle initial even if it is present in the works-cited-list entry. An example of the first citation in prose for a source with one author is given below:

Doug Barry explains the status of the UK.

The status of the UK is explained (Barry).

Here are a few examples of in-text citations for works with various numbers and types of authors:

The Language Literary Association of Canada….

If there is no author for the source, use the source’s title in place of the author’s name for both citations in prose and parenthetical citations.

What is an example of MLA format?

The basic element needed for an in-text citation is the author’s surname. The publication year is not required in in-text citations. Sometimes, page numbers or line numbers are also included, especially when text is quoted from the source being cited.

Below are a few examples of different types of works cited list entries. The examples given are for one author.