Quoting, Paraphrasing, and Summarizing—Oh, My!

If you’ve ever written a research essay, you know the struggle is real. Should you use a direct quote? Should you put it in your own words? And how is summarizing different from paraphrasing—aren’t they kind of the same thing?

Knowing how you should include your source takes some finesse, and knowing when to quote directly, paraphrase, or summarize can make or break your argument. Let’s take a look at the nuances among these three ways of using an outside source in an essay.

The concept of quoting is pretty straightforward. If you use quotation marks, you must use precisely the same words as the original, even if the language is vulgar or the grammar is incorrect. In fact, when scholars quote writers with bad grammar, they may correct it by using typographical notes [like this] to show readers they have made a change.

Conversely, if a passage with odd or incorrect language is quoted as is, the note [sic] may be used to show that no changes were made to the original language despite any errors.

The professional world looks very seriously on quotations. You cannot change a single comma or letter without documentation when you quote a source. Not only that, but the quote must be accompanied by an attribution, commonly called a citation. A misquote or failure to cite can be considered plagiarism.

When writing an academic paper, scholars must use in-text citations in parentheses followed by a complete entry on a references page. When you quote someone using MLA format, for example, it might look like this:

“That ‘elf’ was used to refer to an evil creature (or creatures) in Anglo-Saxon England should come as no surprise to those familiar with the following line and a half from Beowulf: ‘eotenas ond ylfe ond orcnéäs / swylce gigantas.’” (Helen)

This quote from a news report on tolkiensociety.org references a recent discovery of the word “elf” in an ancient text. Notice how I used single quotation marks to identify when the writer was quoting others. I’ll talk about the entry on the references page (called Works Cited in MLA) in a moment.

Paraphrasing means taking a quote and putting it in your own words. You translate what another writer has said into terms both you and your reader can more easily understand. Unlike summarizing, which focuses on the big picture, paraphrasing is involved with single lines or passages. Paraphrasing means you should focus only on segments of a text.

But why paraphrase when you can quote? That’s a good question. Paraphrasing is especially useful when you want to bring in a longer section of a source into your piece, but you don’t have room for the full passage. A paraphrase doesn’t simplify the passage to an extreme level, like a summary would. Rather, it condenses the section of text into something more useful for your essay. It’s also appropriate to paraphrase when there are sentences within a passage that you want to leave out.

If I were to paraphrase a section of the Tolkien news report I mentioned earlier, I might write something like this:

Tolkien once commented that elves were used prolifically in Beowulf, but they were always mentioned in conjunction with monsters. The writer notes that Tolkien didn’t like this use of elves, as evidenced by his omission of the word “elf” when translating Beowulf. (Helen)

Secondly, if you’ll look at the original (the paragraph below the Beowulf quote), you’ll see that I condensed nearly four lines of text into three lines. I also placed everything the author used, both his own words and quotes, entirely into my own words.

I took a single paragraph of text and explained it in my own words—which is the heart of paraphrasing.

Next, we come to summarizing. Summarizing is on a much larger scale than quoting or paraphrasing. While similar to paraphrasing in that you use your own words, its primary focus is on translating the main idea of an entire document or long section.

Summaries are useful because they allow you to mention entire chapters or articles—or longer works—in only one or two sentences. However, summaries can be longer and more in-depth. They can actually include quotes and paraphrases.

In literary analysis essays, it is useful to include one body paragraph that summarizes the work you’re writing about. It might be helpful to quote or paraphrase specific lines that contribute to the main themes of such a work. Here is an example of me summarizing the news article on Tolkien:

In Daniel Helen’s brief article “Earliest reference to ‘elf’ manuscript digitised” on tolkiensociety.org, he discusses the importance of digitizing an early English text. Discovering the word “elf” in early texts, Helen explains, emphasizes Tolkien’s desire to change the ancient view of elves as evil creatures. The text in question is an 8th century prayerbook from the Anglo Saxon Kingdom of Mercia, which includes a prayer about exorcising an elf (demon) from a human. Helen mentions that “Tolkien could not bear such a negative association,” perhaps explaining Tolkien’s depiction of elves as brave, good creatures.

In this summary, I have included the main ideas of the article, one paraphrase, and one direct quote. I have condensed a six-paragraph article into one single paragraph.

As for giving source credit, since I name the author and title of the source at the beginning of the paragraph, I don’t need an in-text citation.

How Do I Know Which One to Use?

The fact is that writers use these three reference types interchangeably. The key is to pay attention to your argument development. At some points, you will want concrete, firm evidence. Quotes are perfect for this.

At other times, you will want general support for an argument, but the text that includes such support is long-winded. A paraphrase is appropriate in this case.

Finally, sometimes you may need to mention an entire book or article because it is so full of evidence to support your points. In these cases, it is wise to take a few sentences or even a full paragraph to summarize the source.

No matter which type you use, you always need to cite your source on a references or works cited page at the end of the document. The MLA works cited entry for the text we’ve been using today looks like this:

See our related lesson with video: How to Quote and Paraphrase Evidence 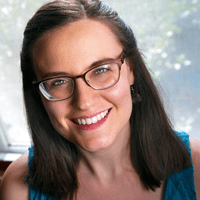 Sally B. is a college instructor, writing tutor, proofreader, and writer. Writing is her life. She holds a master's in literature, teaching basic writing at the college level and tutoring in writing at all levels. She also is a literature instructor, inspiring students to love what they read so that writing about it is more fun. She enjoys cooking with her family and assisting others in achieving their dreams.