Home > Blog Posts > How to Cite a Documentary Found Online

How to Cite a Documentary Found Online

While you might think of books and journal articles as the go-to sources when writing essays, documentaries can also be a great source of information—and they can also serve as a form of entertainment. Citing a documentary might seem more complicated than citing a textbook, but we’ve put together this handy guide on how to cite a documentary to make the process a bit easier for you.

To cite a documentary properly, you must take the following pieces of information into consideration:

Depending on the medium used to access the documentary, you may need to do additional research to find all of the information listed below.

Use the following structure to cite a documentary in MLA 8:

Here’s how the above example would be cited in MLA format:

Use the following structure to cite a documentary in APA:

Here’s how the above example would be cited in APA format:

Use the following structure to cite a documentary  in Chicago:

Here’s how the above example would be cited in Chicago:

Good sources come in all types, sizes, and...languages! With the increasing popularity of searching for sources on the Internet, it Read more 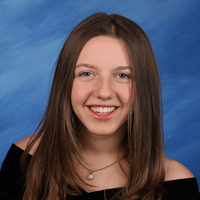 Ella is a student at Washington University in St. Louis studying political science and psychology. Originally from Westchester, New York, Ella loves to write and edit. She is editor-in-chief of Wash. U.’s student newspaper, Student Life, and tutors students on Chegg.com, primarily helping with paper editing.