Fake news is such a hot term right now that it’s difficult to spend a day without hearing it mentioned. From Twitter, to Facebook, to even our own president, it’s definitely one of the buzzwords of 2017. Since we, as adults, are seeing and hearing news articles and journalists being accused of publishing fake news, that means that our students are seeing and hearing about it, too. The best way to help combat fake news is to teach our students what it is, what it looks like, how to spot it, and how to prevent it.

Here are the five biggest takeaways from the day. Keep these in mind when teaching your students about fake news:

1. There is a difference between fake news, propaganda, and misinformation

If you’re like me, you believe that fake news is any news article that doesn’t convey the truth. Well, that’s actually incorrect. There is a big difference between fake news, misinformation, and propaganda, and all three have different definitions.

Peter Adams defines fake news as, “a very specific kind of misinformation: fabrications, designed to look like journalism, to make money.” So, fake news articles that are created and pushed out as click bait to gain advertising dollars is fake news.

Misinformation is when a story is intentionally created to deceive or fool you. A friend might create a fake news headline to make friends laugh or entertain them. Satirical stories, such as ones on The Onion are also examples of misinformation.

Propaganda is the creation of a biased or misleading story or advertisement to promote an idea, an individual in politics, or a politically motivated belief. One example is J. Howard Miller’s iconic “We Can Do It!” (also known as “Rosie the Riveter”) poster. It was initially designed to motivate women workers during World War II. Later, it was used as an image to promote feminism. In both cases, it can be considered an example of propaganda.

Teaching students what these terms mean and how to identify them makes them aware of each term’s differences and consequences.

We look at online photographs and usually believe they accurately represent what their captions state. Unfortunately, images are often taken out of context and reused for other purposes. News Literacy EdCamp speaker, Elaine Arradillas, Crime Reporter at People Magazine, discussed the importance of teaching students to “take that extra step,” to verify if the photographs and images we’re looking at are credible.

Follow the instructions on Tech-Recipes’ “How to Do a Google Reverse Image Search,” to learn the three ways to search for the origin of an image. Teach students how to use this helpful tool to verify if the information they’re seeing is credible.

3. It’s easier than you think to create fake news and misinformation

There are numerous websites to create fake headlines, fake magazine covers, fake Twitter accounts, even fake verified Twitter accounts! One of the most shocking sites that I watched Peter Adams share and demonstrate is called CloneZone. This website allows users to easily modify the text on almost any website out there. Look how simple it was for me to change the homepage view of EasyBib.com. See if you can spot the 5 differences. 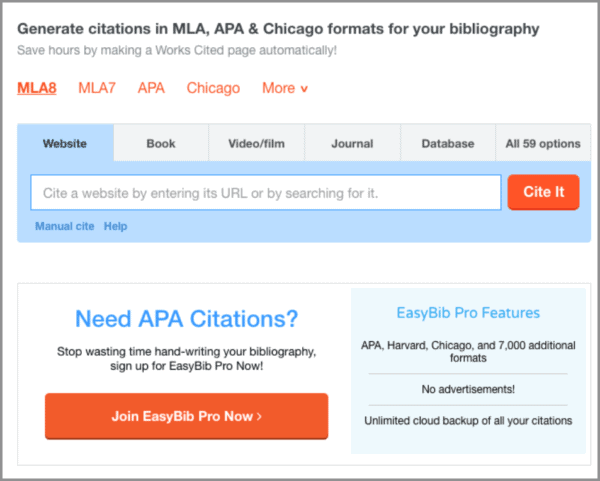 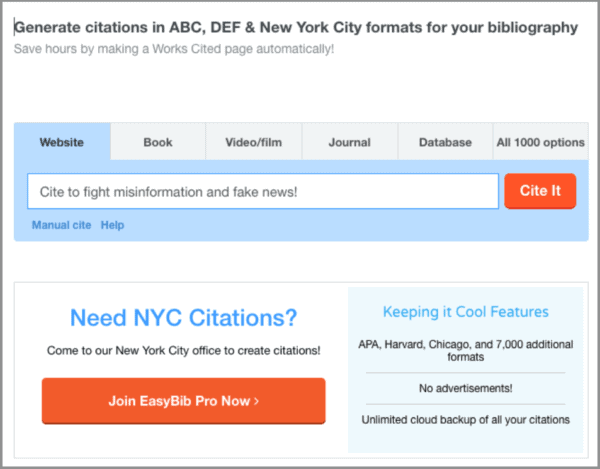 It’s pretty shocking that in just a minute, I was able to modify the text, using the same fonts, colors, and letter sizes as EasyBib.com’s actual homepage. Scary, right?

Upon learning about these various sites and tools, the first thought that came to my mind was “I hope my students never find out about these websites!” However, after reflecting on what I saw and how much I learned from it, I feel it’s important to share these websites with students. Show them that these tools are out there and that people are using them to mislead and misinform the public and YOU!

Peter Adams went on to say that even creating misinformation for your friends or network can become problematic. Stories can spread like wildfire. Even if it’s just for your close friends and network, you don’t control how they will interpret and share that information. Once you put it out on the Internet, it’s no longer just yours.

4. Even if an article shares both sides of an argument, it doesn’t mean that the article is neutral.

To detect bias, one technique I’ve taught my students is to make sure that an article features both sides of an argument. At NewsLiteracy EdCamp, I found that even if both sides are featured in an article, it can still be biased due to what is called “false balance” or “false equivalency.”

False balance, or false equivalency, is when an article shows a drastic side promoting one side of an argument. The article may touch upon or briefly share one tidbit about the other viewpoint, but it drastically promotes one side. An example is when an article states something to the tune of, “97% of scientists say that global warming is a significant problem. One person states that it actually isn’t a problem at all and is a fabrication for government agencies to collect tax money.” While yes, both sides are discussed, there clearly is a false balance, or false equivalency.

It isn’t enough to teach our students to make sure that both sides of an argument are featured in a trustworthy news story. We have to take it a step further and teach them to take into account how each viewpoint is discussed and positioned.

News Literacy Project’s Checkology program teaches students the core skills they need to be news and information literate. The 12 interactive lessons feature videos and commentary from news industry leaders, quizzes, and discussion questions. While the program is recommended for students in grades 8 through 12, I recently used portions of it with my fifth grade students. It’s simple to adapt the content and differentiate it for other ages.

Checkology is free for the 2017-2018 school year. If you’re interested in learning more about it and registering for the site, check it out here.

Kudos to Peter Adams and his team for spending a full day with New York City area teachers, librarians, and education specialists to make sure we understand the ins and outs of fake news. It was an engaging and informative workshop; one that I hope will be offered again.

Michele Kirschenbaum is the in-house librarian at EasyBib. You can find her here on Twitter.