Incorporating games into the classroom is a great way to engage students and increase motivation.

But how can social studies and history teachers use games to help students better understand social issues? Our guest contributor and expert on game-based learning, Dr. Matthew Farber, shares his favorite tools:

Social impact games are a genre that seek to effect positive changes in society through play. Often, players are put in roles (known as “player agency”) and must make decisions that have impactful consequences. These games are not necessarily designed for teaching; rather, the goal is to enable players to have empathy about  social issues.

As a social studies teacher, I have found that they are effective in putting students in authentic situations in which difficult problems get engaged.

And — like any media you bring to students — preview first to check for age appropriateness. Sometimes, I have students play the entirety of a game, while others are played in a learning station, or center, or whole class on the interactive whiteboard. When games have difficult themes (e.g., 1979 Revolution: Black Friday) I unlock one level and monitor the experience.

Be sure to assess learning by asking your students about the decisions they made, as well as the reasons behind it! Reflecting and journaling are terrific ways to assess learning from games. This is especially true with the list below; these games can be read like a digital text, interpreted similarly to how film or books are critiqued.

Here are some of my favorite social impact games that I use with students (listed alphabetically, not ranked).

1979 Revolution: Black Friday is a documentary-style, narrative. It plays like Telltale Games’ The Walking Dead, except it takes place during the 1979 Iranian Revolution.  The protagonist is a photographer, and the game features primary source images. Intense to play, preview first.

A human rights game in which the player is a young, poverty-stricken child in Haiti. This is one of the first games about serious topics, and the experience lingers with my students.

Another of the first social impact titles, its message still resonates today. Missions task players with foraging for water while outrunning the militia, as well as experiences daily life in a refugee camp.

An award-winning first-person exploration game set in the 1990s. The narrative is pieced together as players find objects in the empty house in which family problems unfold. Check out Parl Darvasi’s blog on how his students “read” Gone Home in his English class. 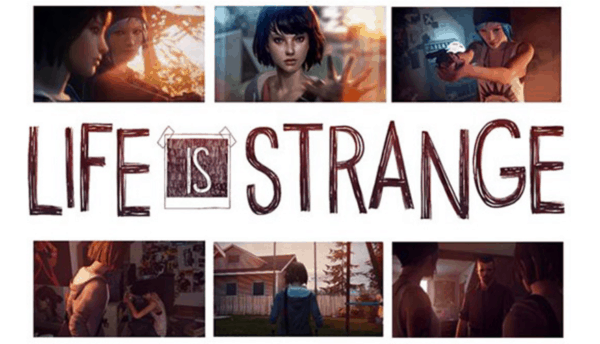 Play as Max Caulfield, a photography student who has a mysterious new power to rewind time. When she does, there is a butterfly effect. The game covers bullying, teen suicide, and fleeting teen friendships. There is coarse language, as well as scenes of bullying. Preview first. Consider using it in high school use with older students, or play yourself to see the potential of games as an artistic medium. Last year Life Is Strange partnered with the Parent Advocacy Coalition for Educational Rights (PACER) for an anti-bullying campaign.

Tied to a documentary about undocumented immigrants, players assume two roles: a migrant and a patrol agent. It teaches themes of empathy through simple role-play. Consider having students play twice, as each role, and then complete a Venn diagram or a graphic organizer.

There are currently four missions to play: For Crown or Country, set in the pre-Revolutionary Boston; Flight to Freedom, told from the point-of-view of an slave; the award-winning A Cheyenne Odyssey, about the plight of the Cheyenne people; and the newly released City of Immigrants, about life in the tenements of New York City.

Never Alone is from E-Line Media and Upper One Games. It is the first game adapted from an Iñupiat folk story. The story is a hero’s journey interspersed with unlockable chapters, which are video clips of the people from Cook Inlet.

Nightmare: Malaria is a social awareness game about malaria. The narrator is voiced by actress Susan Sarandon. The game features facts about malaria and how simple solutions, like nets, can save lives.

Papers, Please won multiple awards in 2014. It is an ethical decision-making game set in a fictional communist country during the Cold War. The objective is to checks immigrant papers. The penalty is delayed, such as a reduction in income that can affect the health of your family. (It is recommended for older students; Preview first. suggestive content can be toggled off in “Settings”).

Parable of the Polygons (free; iPad/PC/Mac)

Parable of the Polygons is an explorable explanation from Nicky Case and Vi Hart. Nominated for a Games for Change award, it simulates segregation and discrimination. The playable blog post is interspersed text with drag-and-drop interactives to drive the message home. To “play”, drag unhappy polygons to the happy polygons.

An award-winning game about ethical dilemmas, or quandaries. In it, players must assemble a team to colonize a new planet. Last year a new mission on digital citizenship was added.

Syrian Journey: Choose Your Own Escape Route (free; all devices)

BBC’s Syrian Journey: Choose Your Own Escape Route is similar to the branched narratives in the classic Choose Your Own Adventure book series. Each ending is different. Consider having students journal as they make difficult choices.

An emotional game about young Joel Green’s battle with cancer, it was conceived and developed by his parents, Ryan and Amy. It is poetic to play, and it is a deeply moving experience. Also look for the documentary about how it was made, Thank You for Playing.

Third World Farmer is a simulation game about the difficulties of farming in a developing country. Family economics are among the issues to resolve.

Similar to independent films, social impact gaming has a community of enthusiasts who recognize achievements with awards and recognition.  The idea is that games, as “new media”—compared to “traditional media,” like books, theater, and film—can influence people in a positive direction.

Matthew Farber, Ed.D. is a social studies teacher at Valleyview Middle School in Denville, New Jersey. He is also an Edutopia blogger, and cohost on Ed Got Game on the BAM Radio Network. Dr. Farber was a Woodrow Wilson HistoryQuest Fellowship, and he is a Certified BrainPOP Educator. Look for his update and expanded book, Gamify Your Classroom: A Field Guide to Game-Based Learning -- Revised Edition (Peter Lang, 2017) now on Amazon and BN.com.