Often, instructors will throw out that rule without properly explaining what active voice looks like compared to an inactive voice. The secret to writing in an active voice is actually quite simple —avoid using “to be” verbs.

Here are 3 steps to cutting “to be” verbs and writing in an active voice.

1. Understand what a “to be” verb is and looks like

Of all the verbs in the English language, you probably use “to be” verbs most often in your daily conversations and in simple writing (there are probably lots of examples in your text message history). In English, “to be” verbs indicate a literal state of being. Of course, depending on the noun and tense of the sentence they look a little different

Here are all of the forms of “to be” verbs:

2. Understand why “to be” verbs lend themselves to passive voice and other problems in writing

Although “to be” verbs are grammatically correct to use in a sentence, you want to avoid using them as the main verb of your sentence in academic writing, because they cause these three issues associated with inactive voice.

Sentences with a “to be” verb are often quite vague

You probably use “to be” verbs pretty often in your spoken interactions, because they lend themselves well to making short declarative statements that require the listener to use context clues to derive meaning, without the speaker needing to be overly specific.

For example, say you have plans to meet your friend for lunch, but you are running a few minutes behind. You might text them to say:

In this sentence, you haven’t described the exact action you are performing, such as walking or driving your car, and have instead described “leaving” as your literal state of being. But, because your friend already knows the context behind this sentence, they do not need further information to understand that you are probably walking or driving over to the restaurant. Which is why this sentence is perfectly normal and acceptable for informal writing and spoken English.

In more formal essay writing you want to avoid this construction precisely because it does not describe what action you are actually performing. While it might sound overly formal to write out in a text message, you could say:

“I just started my car engine, and will start to drive to the restaurant. I will arrive in five minutes.”

A reader who does not have the full context of your message will gain a clearer sense of your exact meaning.

Obscures the actors of a sentence

Another main issue that comes up if you use a “to be” verb as the main verb in your sentence, is that it often puts an emphasis on a noun in the sentence that isn’t the actual person or group performing the action.

For example, you might say in a paper arguing that more people should recycle:

“All plastic bottles should be recycled.”

This sentence is grammatically correct, and again would sound normal in conversational English. However, it does not actually specify who should perform the action in the sentence. Do the plastic bottles recycle themselves? No!

You could easily rephrase this sentence using an active voice to instead read:

“Individual people should recycle every plastic bottle that they use.”

This sentence construction is not only longer, and more specific—it is also more persuasive.

Lends itself to passive voice

Using “to be” verbs can also lead you towards using the passive voice in your essay, which is a more specific grammatical construction than just using a “to be” verb. In the passive voice, the noun or noun phrase that would be the object of an active sentence appears as the subject.

For example, in the active voice, you might say:

“The teacher graded our papers.”

In the passive voice this sentence would read:

“The papers were graded by our teacher.”

For example, it would be grammatically correct to just say:

“The papers were graded.”

In this sentence, the actor performing the verb drops away, and the sentence becomes even more vague.

You also want to avoid using “to be” verbs as the main verb of your sentence in formal or academic writing, because it makes it hard to prove that the sentence is correct. This problem arises because “to be” verbs indicate a literal state of being.

For example, in your essay on recycling, you might say:

“Plastic waste is harmful to the environment.”

To phrase this same idea in the active voice, you might instead say:

“When plastic waste builds up in landfills, it harms the environment because it disrupts the ecosystems of the wildlife habitat.”

Not only have you moved into the active voice, your sentence is longer and more specific!

3. Use these strategies to avoid using “to be” verbs in your writing

The easiest way to avoid using these pesky “to be” verbs in your writing is to always structure your sentences to have the subject who performs the action come before the verbs.

“At the 2017 Superbowl the halftime show was performed by Lady Gaga.”

In the active voice, this sentence would read:

“Plastic waste is polluting the environment.”

Although maintaining an active voice in your writing may feel challenging at first, if you focus on avoiding “to be” verbs in each sentence, you will write clear and better developed sentences in the active voice. Once you have gone through these tips, writing in the active voice will come easily to you. 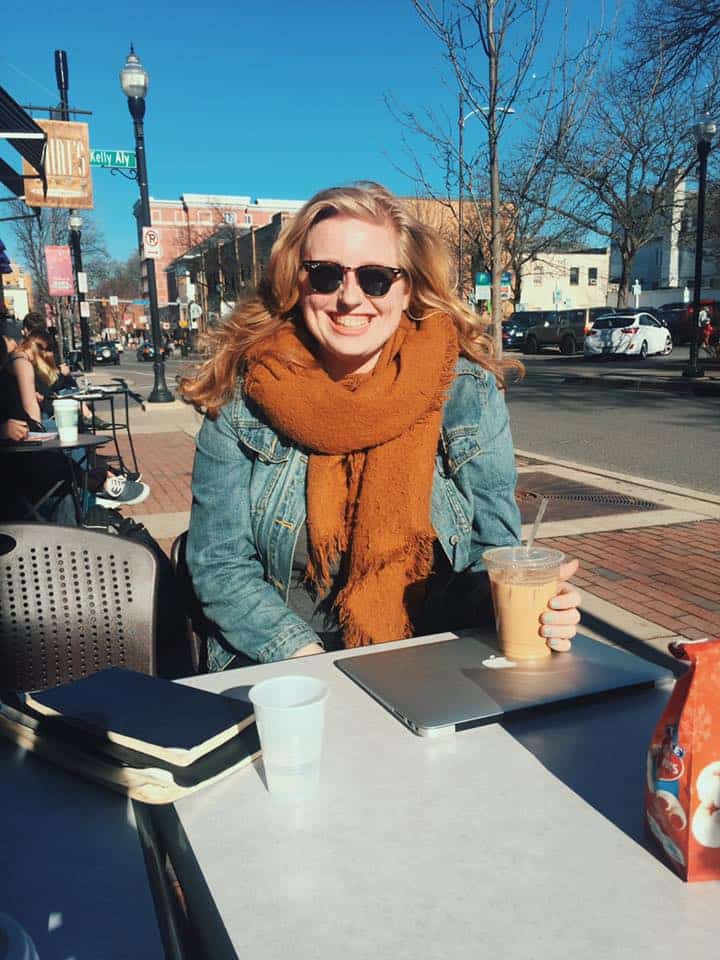 Melanie is a writer based in Atlanta, Georgia. She graduated in 2017 from Penn State University with a MA in English (creative writing) and with dual BA’s in English and international politics from Penn State’s Schreyer Honors College. While at Penn State, Melanie taught several semesters of PSU’s freshman course in rhetoric and composition—mainly lecturing on why students should never use “to be” verbs in academic writing.