While much of the research around strategies for teaching English Language Learners focuses on those who are just beginning their study of English, many of the same methods can be adapted to teach students who have been studying English as a second language for years.

When I was teaching middle and high school English in a bilingual private school in Costa Rica, most of my students had been learning English since 1st grade, and many had reached a high level of proficiency or even fluency. Still, there are several differences in the way I taught them compared to my current, non-ELL students in the United States.

Below are the top three most effective strategies I found for teaching high-level ELLs.

My favorite way to use L1 in Costa Rica was to use the common Latin roots that English and Spanish share. Instead of teaching specific vocabulary words by rote, I used the Word Within the Word program so that students could figure out what many different words meant instead of just memorizing some definitions. Many Latin roots are essentially translations of Spanish words (e.g. mal=bad), making it easier for students to relate to English vocabulary. If a student asked me “What does ‘malevolent’ mean?” I could ask them “What does mal mean? What do you think malevolent means?”

Another great use for the native language with upper level ELLs was working with translation. Translation is a high-level critical thinking exercise that requires students to carefully consider the connotation of words and how they come together to create meaning in a text. The fact that I speak Spanish definitely helped teach that unit, but it can be done without knowledge of the first language, or even with a group that has a variety of first languages. I asked students to not only write translations of poetry, prose, and informational texts originally written in Spanish but also to explain their translations. They really enjoyed the project because it allowed them to exercise and show off their skills in both languages, rather than having to keep them seperate.

I usually teach grammar in the context of writing but when teaching ELLs, I found it was necessary to be more explicit. There are many grammar rules that native speakers don’t think twice about, like adjective order, which non-native speakers need to be taught. English learners tend to revert back to the grammatical structures of their native language unless they have other rules to follow. I don’t think this type of grammar instruction is necessary in elementary school when immersion seems to be the most effective way to learn a new language. However, once students reach a certain level of understanding, the only way to learn specific grammar rules is direct instruction.

Even though most of my students had high-level English skills from attending a bilingual school all their lives, as in any class, there were a few students who were not on the same level. Often these were students who transferred in from another school. To help bring them up to the same level as their classmates, I made some accommodations. Generally, I encouraged my students to speak English during English class but if a student really didn’t understand something, I would make an exception and explain the directions in Spanish. Another exception I made a few rare times was actually allowing students to demonstrate knowledge and skills, such as identifying the tone of a text, in Spanish. That way I could make sure they understood the content even if they weren’t yet able to communicate their understanding in English.

Other strategies I used included giving students with smaller vocabularies copies of texts with difficult words glossed on the bottom of the page. I avoid giving vocabulary to higher level ELL students because I want to encourage them to use tools like context clues to figure out tough words. Students who do not have the basic vocabulary to begin with, though, are not able to figure out the context.

As with all aspects of teaching, it’s important to be sensitive to individual students’ needs and track their progress to determine when they are ready to succeed without extra scaffolding. In a mixed-ability middle school class (or any class), no student wants to stand out as the one getting extra help, even if their peers are understanding. None of the above strategies singles out individuals. When the student who needed extra vocabulary help starts building her vocabulary, no one in the room will notice when she starts getting the same articles as the rest of the class—not even the student herself. 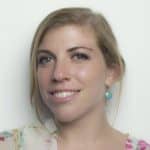 Jamie is a high school English teacher at a charter school near Denver, Colorado. She has taught Language Arts and Creative Writing in the United States and overseas, including middle school Language Arts and three different IB and AP English courses. Jamie loves teaching and constantly strives to improve her pedagogical methodology to better serve her students.